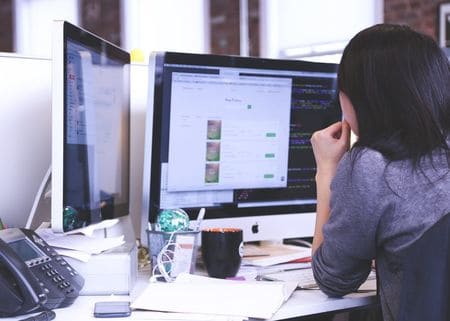 A little while ago we shared a blog post which compared Australia’s internet speeds to the rest of the world. Plain and simply, they weren’t great before, and they are slow to improve. Australia is ranked 50th in the world for its average national internet connection speeds, lagging just behind the likes of France, Qatar, New Zealand and Thailand, according to a report conducted by Akamai.

Our average internet speed is 9.6mbps; quite average indeed. However, higher speeds are available, and the NBN has promised massive improvements with the rollout well and truly underway. For now, Australian internet lovers are still left buffering the fact that South Korea’s speed is nearly three times higher at 26.3mbps.

Why so seriously slow?

Why is Australia’s internet below the world’s average which currently stands at 12mbps? Well, one of the significant issues is quite simple: Australia is a big country. Australia covers almost 7.7million km compared to internet speed leaders, South Korea, which covers just over 100,000 km2.

We also have less than half the population of South Korea (50 million vs 24 million). South Korea’s population density makes it much easier to roll out and install better internet infrastructure.

Another reason that has Australia falling so far behind is that the amount of old technology covering such a large area (which comes back to our countries size). Areas of some countries that previously had no internet, now have the best. Whereas, Australia has to go back rip up the old and replace it with the new. Across such a vast country, this takes a lot of time and money.

Can we fix it?

So what’s being done? Well, NBN Co. have been rolling out the National Broadband Network, which is designed to deliver a guaranteed minimum connection speed of 25mbps, with all homes and businesses connected by 2020. Australia’s widespread population has hindered the progress of the NBN, but in saying this, 46% of Australian households have already connected to the NBN.